Entry number 3 into the 2018 Housesitting Blog Competition, run annually by HouseSitMatch, comes from Sandra Gurvis. Sandra started house sitting to travel out of necessity and now believes it surpasses conventional travel. Read on to discover how and why she believes housesitting creates authentic travel experiences for the traveller.  DON’T FORGET TO VOTE – FIND BUTTON AT THE BOTTOM OF THIS BLOG POST. Only one vote per email will be counted, so vote for your favourite. Last votes counted at midnight on 22 December (GMT).

There are those who claim to be world travellers. They may have cruised to the most exotic and far-away destinations, while shuddering at the poverty, unrest and harsh (to First Worlders) living conditions. While monied (or having saved their money) such travellers only skim the surface. They are unwilling or perhaps afraid to look under the hood and experience what people and places are like firsthand.

This brings to mind a dear but wealthy friend> She complains about the beggars and “gross-smelling” streets of many of the world’s most amazing places. By doing this she fails to recognize that 99.9 percent of the 7.5 billion humans inhabiting this planet aren’t Masters of their Universes but live limited resources. They are doing the best they can with what little they have.

Yet to be honest, I could have been like that, but for personal circumstances and a lifestyle which enables me to look at the world differently.

Not cushioned by a husband, demographically similar, like-minded friends or even the extra cash which affords conventional travel.

However, once opened to different options, the mind can be incredibly inventive. Enter pet and house sitting.

While I had heard horror stories from people who had tried it while they were in college or did it as a favor for a friend oracquaintance, services such as Housesitmatch.com take away much of the guesswork, from what under less carefully curated circumstances might easily fall into the category of “from hell.”

With the right people, places and or even animals, house sitting enables travel and can lift the lid from a culture, allowing you to inhale the essence and beauty of being out of place and even time.

Such was my recent experience in Ilford near London. A middle/working class stewpot of Asians, Middle Easterners and some Eastern Europeans. As a white American Midwesterner I was definitely a minority. Yet, I loved it.

The people I met, including my petsitting hosts, were honest, open and kind to me as I navigated unfamiliar territory. I constantly lost my way trying to figure out the location of cash machines or restaurants that were open on Sunday. From the Asian lady who balanced my nails – she barely spoke English – to the Indian family who made sure I found the right (unmarked) bus stop.

And even when meeting the Muslim shop owners I felt welcome. They patiently allowed me to try on dozens of sparkly bracelets, finding bigger sizes to accommodate my larger American knuckles. In this way my days were full of reminders, that despite our physical and cultural differences, we humans mostly share the same desires – to be needed, respected and heard.

My feline charges included Kitsy, a female tortoiseshell, Sparkle, another female and Sir Phineas a larger male ginger, who expected me to open the kitchen door for him. Yet he was perfectly capable of using the automated cat door.

They were outdoor cats, which I was unused to, and Sparkle had a proclivity for bringing in mice.  I hadn’t experienced this before (nor did I want to), since my own cats had always been inside. But one of the advantages of house sitting to travel is that it allows you to grow in unexpected ways. So I went from staying up half the night worrying about the kitties if it was raining or cold, to waking up and finding them all sleeping in the same room with me.

Adventures with the cats

I stayed downstairs since the cats weren’t allowed upstairs and everything I needed was on the first floor, including a comfortable couch. Frankly, I was exhausted and fell asleep right away since every day was an adventure and even going to the greengrocers to buy fresh fruits and vegetables could be a challenge and a journey.

And when Sparkle brought in the inevitable first mouse, thankfully alive, I quickly surrounded it with wine bottles. Using a large cup and a piece of paper, I trapped it by sliding the paper under the glass and carrying it outside to be released. The poor little thing was more scared than I was and was kind of cute. Hopefully I didn’t give it a heart attack…and I didn’t even have to ask the neighbor for help! I was ridiculously proud of myself.

Adventures on my own

Occasionally it was lonely. And there was one especially scary moment when after enjoying the delightful West End play “Motown: The Musical”  I trusted Google maps instead of my host’s recommendations (she works for London transport) to get me home.  I took the tube (subway), per Google’s recommendation, to Barking, a rough, abandoned, and dangerous neighborhood at night.

If you ever get to London, they are always working on the tube and recommending alternative routes, which should be explored in more depth before blindly accepting GPS/app suggestions. 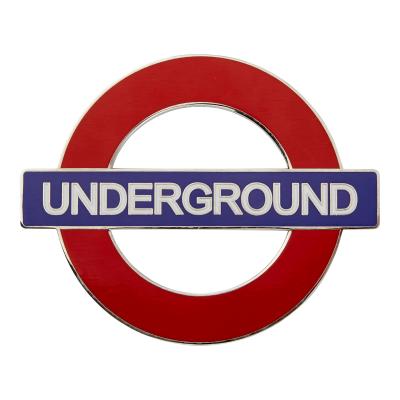 Gangs of youths roamed the darkened streets and I did not want to find out who lurked in the trash-filled alleys as I searched for the right bus stop. After 20 terrifying minutes of waiting I finally got on the right bus.  Thanks to the instructions of a driver whose bus was going in the opposite direction I made it back.

Never was I so glad to get home to that cozy, warm flat!  I wept with relief when I finally closed the door. But that’s travelling! And even when you’re with a large organised group the unexpected can occur. And travelling is always unsettling, there’s no doubt about that.

Local maps and local guides – handy when living like a local

But next time Google tried to take me to Barking, I pulled out the tiny map my host gave me and located the much faster (and safer) train to Ilford. And from then on, I went low-tech, peering at the map or asking pointed questions to tube workers, who are more than willing to help find the most efficient and/or convenient route. House sitting enables travel but you need to listen to local advice when you get there.

Day- trips while housesitting around London

In addition to my hosts and their cats, and thanks to saving money by house sitting to travel I was also able to visit Wallingford (the original “Causton”), Thame (pronounced “Tame”), Dorchester on Thames and other villages associated with filming the popular TV series “Midsomer Murders” for research.

I had applied for a petsit there with a couple who had two cats.  House sitting in Europe appealed to me. Unfortunately, the timing didn’t work out, but they graciously invited me to visit anyway. There are unexpected dimensions when house sitting to travel. You make all kinds of friends.

Both my hosts and the region (Oxfordshire) exceeded my expectations. It was one of the most amazing and picturesque places I’ve ever been to. And I even actually got to hang out with the regulars at the village pub, one of who actually was a murder victim in the episode “Bad Tidings.” Talk about living the dream….

And so being a tourist is fun, no doubt about it. But taking that extra step into someone else’s shoes and into their home – and even caring for their animals – is like a fresh wind blowing into your mind, whisking away the cobwebs of rigid thought and self-doubt, a reawakening of the beauty of life and its endless possibilities.

House sitting enables travel by saving you money, it works for me. It can change you from the inside out in a way that far surpasses conventional travel.

To start your house sitting adventure or to find your house and pet sitting solution register now with HouseSitMatch. 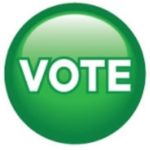