An Age-Old Battle for Supremacy: Vegemite Versus Marmite

No matter which way you are traversing the world, east to west or west to east, one thing that will always define your origins is your preference for Vegemite or Marmite – It’s an age-old battle for supremacy: Vegemite Versus Marmite.

The British hold firm with their invention while us Australians fervently believe that our little Aussie battler is better. I have to say, even after 17 years of living 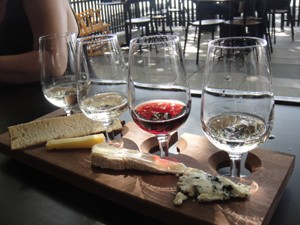 in the UK, Vegemite remained my firm favourite, with firm being the operative word. I find Marmite to have this nasty habit of clinging to your knife for dear life like it really doesn’t want to couple with whatever I am trying to spread it on a bit like a reluctant bride. Flavour-wise I find it a bit insipid compared to the robust flavour of good old Vegemite which parts company from a spreading implement with gay abandon indicative of its joie de vivre.

There is nothing like fresh, crusty white bread with lashings of butter (never one-molecule-away-from-plastic margarine) to lift your spirits. It is an indulgent delight. My mouth is watering just thinking about it!

But alas when I first arrived to live in the UK in the early 90s, Vegemite wasn’t as ubiquitous then as it is now. Back then I had a steady stream of Australian friends wanting to avail themselves of my spare room to which there was no key but a jar of Vegemite would unlock its cosy respite.

My British friends tried in vain to convert me to the delights of the native product which I would politely refuse.

Now because of the evils of white bread, butter and salt I rarely indulge myself. Particularly because I am a no-nonsense Vegemite, bread and butter eater. None of this scraping-of-butter business, the bread has to be more than amply replete with the aforementioned dairy product and definitely buttered to the edges – I can’t stand a stingy butterer – with just the right amount of Vegemite. Not too much and not too little. Mixing them together to resemble a peanut paste colour used to be something I would enjoy doing. But, ho hum, that is all in the past now.

Since time immemorial these yeasty spreads have augmented the humble sandwich. One of my favourites being chicken, cheese and Vegemite, toasted of course. Don’t knock it until you try it! Anyway, in recent times both spreads have been elevated to much higher culinary echelons. I noted that in the last series of Australian Masterchef in an invention test, perplexed contestants were challenged by genius chef, Heston.

Blumenthal to use Vegemite as an ingredient and the results were surprisingly good. Particularly the white chocolate macarons that Julia came up with. Yum!!!

If you are planning to come and spend some time in Australia or vice versa be warned that pantries in each country will play host to the indigenous breed of spread.

Choose your weapon now and get ready to join in –

An Age-Old Battle for Supremacy: Vegemite Versus Marmite

To start your house sitting adventure or to find your house and pet sitting solution register with HouseSitMatch: