Every new homeowner today thinks or indeed is prompted to consider the potential health of the building they are buying. This is often related to the age of the building and building materials used. However, if you have lived in your home for many years and never undergone professional renovation you may not have encountered the health hazards related to asbestos and old building material now considered highly hazardous to human health. In this blog we describe the risks of asbestos exposure and what you can to in order to mitigate the risks to your health.

Asbestos Exposure: Risks To Your Health

Every single year, over 100,000 people in Canada and the United States are admitted to the hospital due to asbestos. The severity of illness caused by them varies, but very rarely are they mild. They’re often severe and life-threatening. The most dangerous part about asbestos is that they often harm individuals where they sleep, eat, or work. It’s in the constant exposure that poses a health risk.

In this article we explore what asbestos actually is, how it can harm you, and what you can do about it in the event you discover you’ve been exposed.

The greater the period of your exposure, the more likely you are to be affected. This can range from weeks to years depending on how much time you spend around it. One can actually trace the amount of exposure from highest to lowest. If you’re working in an asbestos mine, you clearly have the highest risk of developing diseases.

Living in an old home, especially one of those old Vancouver homes with asbestos insulation, your exposure maybe reduced. However, it’s still enough exposure to potentially cause disease. It’s imperative to find the most convenient solution, such as asbestos removal Vancouver, so you can address it immediately. Then again, If you’re hiking in the mountains one weekend and stumble on serpentine rocks, you’re probably not going to get sick from the naturally occurring forms. With that said, people exposed to asbestos don’t necessarily form disease because of it. They’ve been linked to a myriad of cancers and respiratory problems, but there are still people who are not affected. 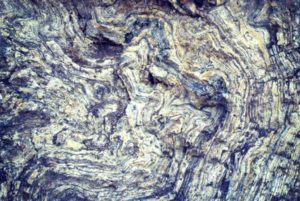 Asbestos, simply put, are tiny fibres. There are six silicate substances that all classify under the umbrella term. They’re used most often in the industrial world as a form of insulation, whether it be heat, electrical, or otherwise. Historically asbestos proved a popular building material. This is due to its resistance to heat and the  ability to retain a given structure in harsh environments. The fibres you see are actually made up of millions of tiny microscopic fibrils. These tiny pieces can fill the air, unbeknown to the individual, and start causing damage without anybody knowing. Yes, there is naturally occurring asbestos in rock formations, but that’s rarely enough to cause any harm, due to the open atmosphere. Either way, one isn’t actively looking for asbestos while in nature.

How Asbestos Harms Us

When you have asbestos in the air, you essentially have millions of tiny, sharp, abrasive fibers in the air. They can be curly or needle-straight depending on which of the 6 we are talking about. When we inhale, the inspired air interacts with our internal respiratory structures. This includes our nose, pharynx, bronchi, and lung alveoli. At the very end of the bronchial tree, these lung alveoli are incredibly thin. It’s where oxygen from the atmosphere seeps through to the passing blood cells.

Asbestos is small enough when fragmented to go in and poke holes in those walls. Not only that, but they also lodge in different portions of the bronchial tree and do damage the whole way. So, in short, it’s like millions of sharp metallic needles destroying the structures that allow you to breathe.  Asbestos exposure can be fatal.

What To Do Next if you suspect Asbestos Exposure

If you or someone you know has been exposed to asbestos and you are experiencing health complications, consult with a doctor immediately. Some of the tests that they’re likely going to do are: X-ray, urine sample, blood samples, and, in clear cut disease stages, a lung biopsy. Again, secure a medical assessment. This is the only way to confirm if your illness is caused by asbestos exposure.

When it comes to these things, it’s always better to err on the side of caution. Do what you have to do in order to keep you and your family safe. If you’ve purchased an old home, have it inspected by a third party. Ask your supervisors about OSHA documentation and potential exposure in the workplace. There’s nothing wrong with asking a few questions if it means protecting and preserving your health.

At Houesitmatch.com we like to offer useful and practical articles on topics for our readers. In this selection we offer you a number of suitable pieces from our own blog on renovating and decorating a home.

Dream home – How to build your own

New home features you didn’t know you would want

Ideas to help you establish a new home quickly