House-sitting lifestyle - cheaper than home living? We found it to be so

Is a house-sitting lifestyle cheaper than living at home?

One Australian couple adopted a house-sitting lifestyle out of necessity and discovered a frugal way to travel on less than £5 / $8 per day! Check out their exotic travelogue and stunningly low costs, all because they house-sit – exchange services in caring for other people’s pets and property for free accommodation.

Is it cheaper to adopt a house-sitting lifestyle or to live at home?

If someone had asked us this question years ago, I know we would have said a resounding ‘LIVE AT HOME, OF COURSE!’  Coming form Australia, miles from anywhere, like many we had a perception that travel to places like Europe is super expensive and a once in a lifetime dream.  That was until we discovered house-sitting! We fell into a frugal house-sitting lifestyle as a necessity, unlike others who might hit the road after working, saving or selling off assets, we did not have such a luxury. 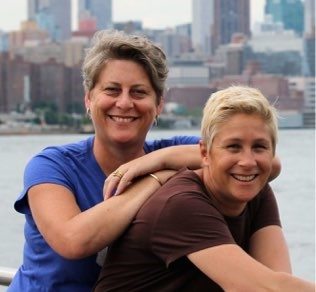 Shortly after moving to Dubai in 2011 to take up a job offer I realised I had made a mistake. Soon after we jumped at an invitation from a potential business partner to set up a company, a hefty proposition in Dubai where new company setups need office space, 12 month contracts and about $40,000 USD. Fast forward 12 months and we had virtually lost everything.  With just $300 left to our name, and no credit cards or savings (scary in your 40s!) we had to make a life changing decision… return to Australia tails between our legs, live with our parents, get jobs… or house-sit.  We have been sitting full-time ever since!

Our house-sitting pet-sitting lifestyle has taken us to the UK, Europe, Canada, the US , South America, and to the Caribbean and the staggering thing about the past three years is how little it costs.

House-sitting – our best money saving idea!  –  For years now we have not had to pay for rent, internet, utilities, cars, home or car insurance, or restaurant meals which you so often have to also pay for when you stay in a hotel or resort.  All in all, this has saved us a bomb!  In fact here’s where we traveled and how little we spent on living costs in 3 years…

February 2013 – Tooting, London – Three weeks with a cute rescue cat called Tigs. We saw snow for the first time in years (not much in Dubai or Sydney!).

March 2013 – Barnes, London – Our next housesit was six miles away in Barnes, caring for Ike & Mo two fat relaxed rescue cats at a home near the Thames.

April 2013 – Pellegrue, France – Four month stay in SW France to sit three dogs on 40 acres near vineyards!  We had the wettest Spring for years then a spectacular Summer. Bliss!

August 2013 – Barnes, London – Our first return housesit took us back by bus to London crossing the Chunnel on a bus inside Eurostar and straight into London’s best Summer for years!

September 2013 – Gabriola Island, BC, Canada – We traveled to Gabriola Island (fun!) by sea plane from Vancouver to meet our three kitten pet-sitting charges at a B&B over looking Vancouver Island. We also cared for guests and were paid!

October 2013 – Ojochal, Costa Rica – A true experience of jungle living, complete with monkeys and toucans in the ‘backyard’. We made some wonderful new friends in a community of expats.

November 2013 – South Beach Miami, Florida, USA – Last minute 10 day housesit over the Thanksgiving weekend in the US. It was an experience that saved us a LOT of money! US holiday accommodation is expensive.

December 2013 – Lima, Peru – The first gap in our house-sitting schedule for 10 months meant we had to pay for a hotel!  Two nights in Lima, then at Lake Titicaca 4kms above sea level… real bucket list stuff!

December, 2013 – Sacred Valley, Peru – WOW!  What a location! Spending Xmas and New Year in this special place has thus far been one of our absolute favourites.

January, 2014 – Cuenca, Ecuador – One of our most challenging sits in terms of the dogs we care for, 2 English Bull Terriers, though like dolls at home they were ‘aggressive’ on our daily walks. We built up real arm muscles from holding onto them!

February, 2014 – Panama City – No housesit, but time to see the infamous Panama City and Canal on our way to Costa Rica for our next assignment. Stayed in an AirBNB with some awesome hosts that showed us all the major sights. Panama City ROCKS!

February, 2014 – Ojochal, Costa Rica – Another repeat sit in the jungle. Heard the close cry of what sounded like a baby one night (weird considering we were in the jungle!) but found out later it was actually a jaguar. Very cool!

March 2014 – Upstate New York USA – After meeting a couple in Costa Rica they asked us to mind their home and pets in upstate New York, only two hours from Niagara Falls…what a place!

April 2014 – Breckenridge Colorado USA – An incredible experience and to date still a favourite location to sit… high up in the Rockies surrounded by snow and massive mountains, stunning! We made wonderful friends in the community.

June 2014 – Barbados, Caribbean – Well the Caribbean is as stunning as the pictures show, and we had a glorious and hot experience for three months on the wonderful island of Barbados, looking after two ‘stray’ cats of all things!

Sept 2014 – Sacred Valley of Peru – It seemed the Valley was calling us back, this time for the neighbours. We got to head up to 5,000 meters with our previous home owners that run an NGO and see many of the highland communities where they work. Just incredible!

Nov 2014 – Evia Island, Greece – This is a special housesit in one of AirBNB’s top 40 properties right on the Aegean Sea. It is so remote and so large we invited other house-sitters to join us (with the owner’s permission) and we had our first experience of sitting with others. After a year or more of being essentially on our own, it was awesome getting to know fellow sitters. Fun times!

March 2015 – London, UK – This would later become a regular house sit for us in London, looking after two of the cutest Maltese terriers you could imagine, for a wonderful couple who have since become great friends. The three story, five bedroom newly renovated house was lovley too!

April 2015 – Breckenridge, Colorado – Returning to a favourite place in the ski resort town of Breckenridge, this time looking after the neighbours’ home and super crazy Hamish the Belgian Bouvier.

June 2015 –  Yucatan, Mexico – We had 10 days downtime in between our house sits so we took the opportunity to visit many of the Mayan ruins and cenotes around the area, before our six week sit in Telchac Puerto looking after three very vibrant dogs. Being 50 meters from the beach was incredible!

August 2015 – London & Manchester UK – Back to our little Maltese terriers in London, followed by Manchester where we were kept on our toes by two huge Afghan Hounds! Such extremes in dog sizes!

September 2015 – Sicily, Italy – We fell in love with the island, cuisine, architecture and scenery. Our home owners changed plans just as we arrived so our sit was cut short. Luckily they own AirBNB properties and put us up in Bucherri (quaint town) free for two weeks!

October 2015 – Rome, Italy – We sort of housesat here… friends from Australia, a family of five, were house-sitting in a massive house so we stayed for a while (with the owner’s permission) before we ran our very first ‘Freedom Lifestyle Retreat’ near Rome bringing 10 freedom seekers and digital nomads together.

November 2015 – Island of Evia, Greece – Return for two weeks to the AirBNB property on the Aegean. We had another house-sitting couple join us, we first met them across the road from our housesit in Colorado, we handed the property over to them to look after until the next sitters came.

November 2015 – London – Yet another wonderful two weeks with our little Maltese girls… just can’t get enough of these two!

December 2015 – Australia (Finally!) – After four years of being away loving this house-sitting lifestyle, we finally decided it was high time we went ‘home’ to catch up with friends and family… and meet our two nieces (that are 2 and 3 years old) for the first time! It was a wonderful time reconnecting, going through the last of our possessions there (and throwing them pretty much all out!), and coming away knowing that we do not feel the need to live in Australia … or anywhere for that matter.

We are truly living our most incredible life, traveling the world with house sitting. Being able to stay in people’s wonderful homes and look after their awesome pets all over the world is indeed our dream lifestyle. And our visit to Australia really did confirmed that for us.

Summary of Flights & Transport Costs:  $5100 for the both of us (includes return flights to Australia!)

So the question again… Is it cheaper to travel the world with a house-sitting lifestyle or live at home?

Having enjoyed 93% of our accommodation as free housesits over the last three years, to be honest I don’t know of many places where you could pay as little as $5,000-$6,000 USD p.a.  for rent, internet, utilities and all other ‘living costs’.  These living costs are less than a third of our living costs in either Australia or Dubai!  To us house sitting has been a priceless saviour, it liberated us!

When you register on HouseSitMatch save 20% with coupon code PERFECT20