Who’s Pet-sitting Piaf’s cats? Meet the cats and their sitter

Fancy pet-sitting for Ellie and Peace?

Ellie and Peace are the pet cats of a modern day Piaf, performer Laurene Hope. Recently back on the road with her new show “Piaf – Love Conquers All” Laurene delivered a remarkable performance at the Henley Fringe Festival in July this year, and is planning to take the show on the road. But who’s pet-sitting her cats, her fur family, while she is travelling? Earlier this Summer as her show began to get great reviews in the first UK performances, Laurene decided to take the show further afield. But who would she find to look after her cats? The pet-sitting challenge is her first priority… 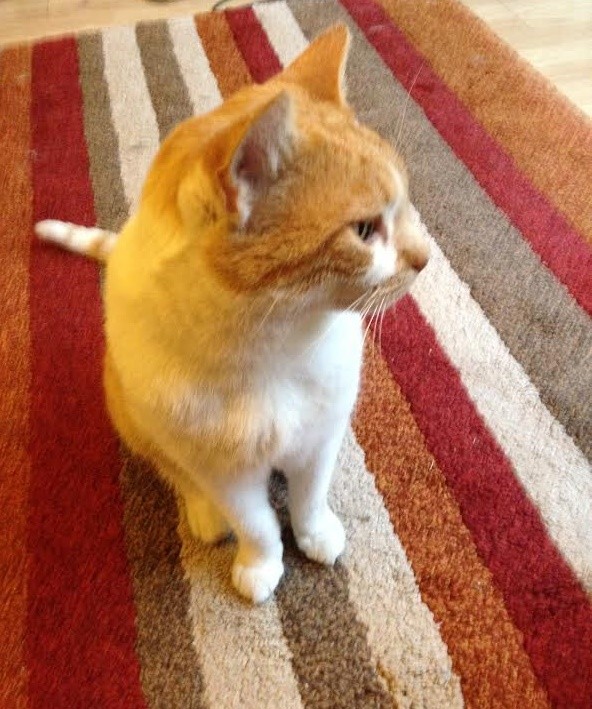 “Surfing the web from my iPhone, I was looking for a solution to my pet-sitting problem. I needed pet sitters or cat sitters, when I came across HouseSit Match. The website was pretty easy to use and I found I just had to enter a few details to quickly join the online network so I could search for a pet-sitter. I spoke to Lamia and within a few minutes we had registered and I had some local pet-sitters to choose from. It was pretty easy really.” Enter Alex, a university student home for the holidays who was based in the same town of High Wycombe. Alex loves pet-sitting when he can. His family don’t have pets at home as a rule, because of allergies, so for him pet-sitting makes a great summer distraction and a way to top up his holiday savings ready for Uni. Working during the day Alex had various part time jobs to juggle but was always available in the evenings, so he could move in to care for the cats at night. Alex came to meet the cats, they checked him out, calendar dates were agreed and a brief was given. Lauren was able to arrange for Alex to move in to care for her home and pets during a couple of her trips.

Pet-sitting sorted! Now time to focus on Piaf the production

“Piaf, Love Conquers All” by Roger Peace is a show that Laurene has produced and directed, and of course she is the star. Edith Piaf was a unique singer and performer, for years Piaf was the country’s biggest star, and the first French singer to make it in the United States. Last year marked the 50th anniversary of Edith Piaf’s death.

Her melancholy songs became famous during the World War II era and beyond. Piaf’s cabaret songs often described people carrying on in the face of adversity. Songs such as “Non, Je ne Regrette Rien” (I Regret Nothing) and “La Vie en Rose” (Life Through Rose-Tinted Glasses) reflected the difficult and often tragic circumstances in her own life.

For years she struggled with addiction and loss of loved ones. The song lyrics were believable and her life story gave her a tragic charisma, creating someone her audiences could identify with. Her stature in French pop music has not diminished since her death in 1963 at the age of only 47. Laurene was moved by the life story of Edith Piaf, her iconic voice and the passion with which she sang her whole life. She decided to commemorate her remarkable life and achievements by bringing her story to the stage. She is soon to be performing her one woman show at the Edinburgh Fringe Festival.

“From the first moments Lauren commanded the stage with confidence and subtlety. She did not attempt to mimic Piaf, but created her own persona based on the highs and lows of Piaf’s prodigious, yet ultimately very fragile talent. The play dramatically revealed that fatal path of addiction and broken relationships which blights to many spiritual fulfilment. Her music was like the beat of her heart, she must sing to survive – to meet both the joy and the pain of her fatally scarred existence. This one-person show is enriched by the performance of a number of Piaf’s most popular, enduring songs. And Lauren possesses a powerful singing voice, full of feeling, sensitivity and character, which admirably conveys Piaf’s legendary musical talent. All the ranges of emotion are covered: from naive, child-like joy to the depths of despair – and the desire for the final oblivion of death. But in the end this is energetic, life-affirming theatre, a show which will leave you entertained, moved and uplifted.” – – Steve Gough, BAFTA winning writer and director.

“At times naughty, fun, thought provoking and tragic, above all this show is a real joy. If you loved it – or if you missed it – the unabridged version, playing at the Edinburgh Fringe and at the Waterside is a must-see. You will regret nothing – Encore!” – – F Jennings, Henley Herald