Why we love Ginger Cats

Why do we love Ginger cats when there are so many other colours and breeds to choose from in the world? It is hard to say exactly why. It could be that we find the colouring of orange cats so striking. Perhaps we associate their colouring with a feisty personality as we do in humans. Maybe there is a certain something. At HouseSitMatch.com we come across quite a few Gingers and often marmalade cats kept as domestic pets. And we do think that while they are not a specific breed there is a certain je ne sais quoi that sets them apart. Read on to learn more about their history and perpetual appeal…

What makes Ginger cats so intriguing?

We can trace our love and admiration for cats, indeed for Ginger cats, as far back as the ancient Egyptians in 1950BC. In fact according to ScienceMag.org the Ancient Egyptians may have given cats the personality to conquer the world! Someone painted what looks like a domestic cat, in fact a domestic Ginger tabby cat on the wall of a limestone tomb. And you thought you just liked cat sitting for orange cats! Well you’re not alone, this admiration and love of ginger cars goes back millennia.

According to ScienceMagazine a recent study puts Egypt back in the spotlight. A genetic analysis of more than 200 ancient cats suggests that, even if the animals were domesticated outside Egypt, it was the Egyptians who turned them into the lovable fur balls we know today. “It’s a very nice piece of work,” says Salima Ikram, an expert on ancient Egyptian animals and cat mummies at American University in Cairo. The idea that the Egyptians helped shape the modern cat, she says, “makes perfect sense.”

And today, why do many of us love Ginger cats in particular?

Is it their ginger cat personality?

Whether you are a cat owner or a petsitter why you love these oranges cats could be for many reasons. Firstly we know they are popular felines and though not a distinct orange cat breed.. Their colour is distinct and many people say they have particular traits that are common. They certainly are very common pets in households around the world we have found. Certainly from what our membership have told us if they have raised cats in their household then at some point they have raised or looked after a Ginger cat.

People we have asked say they  are very friendly and can make excellent pet cats. This kind of a kitten is very unique because of its striking orange shade. They stand out, perhaps we react to them differently because of their appearance. Perhaps they enjoy the admiration of their coat.

A love of orange cats

Doubtless our love of orange cats can either increase or decrease our productivity. They can certainly be distracting, but perhaps you need that to help you focus when you are actually working!

Popular with pet sitters when catsitting

From the point of view of a pet and housesitting website we can see how popular ginger cats are. It is remarkable how many requests we get from pet sitters generally and cat sitters in particular to sit ginger cats. There must be something in their character that is attractive to a wide range of people. Get more interesting facts about orange tabby cats at kittyinsight.com

How would you describe a Ginger cats personality?

Some of our followers on Facebook went out of their way to show us how playful their Ginger cats like to be, always in places where they will encounter a human hand! Playful, cheeky, mischievous – these are some of the words and adjectives you gave us to describe your Ginger, marmalade or even orange cats.

Do we project our human characteristics on our cats? Do we think  of gingers as feisty and playful because that’s how we perceive the personalities of ginger-haired humans?  or are their ways that we react to what they do that make us believe they are indeed showing these personality traits.

Do we love Ginger cats simply because of their colouring?

Ginger cats must have some orange in their colouring to carry the name. But why do we love them so is it because of their colouring? Could it be something more obvious why so many of us are drawn to them?

It is plain and simple to do with their colouring? Certainly from the youngest kitten to the mature stature a Ginger cat carries a certain air of fun and playfulness that has a positive association with their colours. The brightness of their fur might have something to do with how we look at them.

Ginger cats and their look

Many ginger tabbies will have a little black freckle around the mouth area and on their nose. This is usual after the first or second years of their lives sometimes you have to look close and hard to see those freckles.

Most owners of this particular type of amazing cat will say that an orange cat is very friendly with almost everyone. However, as we all know cats are unique, and their personalities are as likely to exhibit shyness as they are to show friendliness and bold behaviour among other personality traits.

Gender in the orange cat population

Apparently, are are far more male ginger tabby cats than there are female. In fact, up to eight times as many more male orange cats than female some say. This may have something to do with the personality they exhibit in your company, the jocular strutting behaviour some of you have mentioned to us climbing trees and curtains, shutters and sofas without a care in the world.

There are so many famous cat lovers in history that we could not even begin to list a fraction of them. However, for good or ill we have chose to share stories from a couple in recent history.

Churchill was a great cat lover and always had at least one or two cats with him at Chartwell his country estate.

Apart from his famous epithet that ‘dogs look up to us, cats look down on us but pigs look us straight in the eye’ he also had a number of Ginger cat stories related by his secretary at Chartwell.

” There was a succession of Chartwell cats. Two of them were Mickey, a large tabby, and Tango, a marmalade. William Manchester related an amusing story in The Last Lion, volume II, about the former. Churchill was speaking on the telephone to the Lord Chancellor when Mickey began playing with the telephone cord. WSC shouted, “Get off the line, you fool!” Realizing his mistake he turned his attention back to the Lord Chancellor: “Not you!” he said.

Later, wrote Manchester, “he offered the cat his apologies, which he never extends to human beings, cajoling the pet, cooing, ‘Don’t you love me anymore?’ and proudly telling his valet at breakfast next day, ‘My Mickey came to see me this morning. All is forgiven.”

Holly Golightly in Breakfast at Tiffany’s

Truman Capote’s elfin icon Holly Golightly made famous by Audrey Hepburn in the film Breakfast at Tiffany’s loved her her ‘poor no name slob’ aka “cat”, a ginge! Actually it appears that the character of Cat was played by at least two felines according to the website EverythingAudrey. In fact, the blog goes on to describe how Orangey cat ( the cat actor) won a Patsy (the Oscar for animals in films) for his role in Breakfast at Tiffany’s.  Holly Golightly a famously unattached character, found in the end that she was attached to her orange ‘Cat’! Even in Hollywood the Ginger cat carries a reputation.

Whether we have a ginger cat or have admired them from afar we are in good company. From the Ancient Egyptians, to Hollywood via Winston Churchill we humans do love and admire Ginger cats. Perhaps it’s for their striking colouring, their memorable personality traits, and well just because.

At Housesitmatch.com we like to share useful blogs and practical advice about housesitters, housesitting and pet sitting. We hope you find this small selection of our blogs on house sitters useful.

BEEN TO OUR PET SHOP YET? 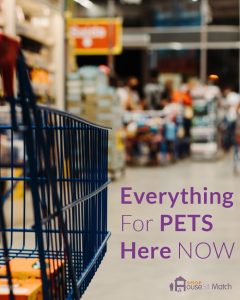